How to Launch a Successful Fundraising Campaign

Okay, so we have the basics down. You have built an engaged community online – they are stoked about your cause and ready to take action – and you’ve hooked yourself up with the right platforms and tools. It’s time to start a fundraising campaign!

But first a little strategy is an order. Here are some core best practices to follow while planning:

This means harnessing a combination of website content, social media, traditional media (radio, TV, print) and email blasts. Think sweeping and broad. (You are a military general. Or an Olympian god. Or a low-budget high school theater director). Your goal is to get your message out to your supporters, wherever they are. And motivate them to take action.

Wherever your supporters interact with you, they should see the same message with the same campaign goal. Branding and consistency are key.

So think through where and how you will launch different appeals. Social media, website updates, email blasts, and even real life events should all flow in concert to create a huge whirl of excitement around your campaign.

You can also incite and invite supporters to spearhead their own parallel campaigns. Peer-to-peer fundraising can make an impact, even if it’s small-scale.

Bottom line: Don’t just post a single call to action on Facebook or send one email blast and then cool your heels waiting for something to happen. It ain’t gonna happen! You are responsible to keep driving the energy around your campaign.

2.  Establish a Sense of Urgency

Keep your campaign timeline short–ideally just a week or two. Campaigns that last too long grow stale and lose momentum. People think “Oh look, I have a whole month! I’ll donate later,” and then forget about it and never come back.

A short campaign creates a sense of urgency. Your impact statement or rallying cry for the campaign should be dramatic, your deadline looming large. The consequences of not meeting your deadline should be dire – a donor will stop matching funds after a certain date for instance.

The more urgent your campaign, the more your supporters will (a) pay attention, (b) act, and (c) help spread the word.

Try to secure a matching fund sponsor—either a corporate donor or wealthy individual—and broadcast that meeting $x goal by y date will ‘unlock’ $100,000 for your organization. Make this a linchpin of the campaign—people are wired to respond to cooperative efforts mounted in urgency.

People don’t want to wade through a convoluted game plan; they want simple cause and effect: (i.e. Give a Dollar, Save a Turtle). Cut through the noise and marquee the bottom line.

Don’t set yourself up for failure by setting the bar too high. You can be ambitious, but keep your goal within reach so people aren’t overwhelmed.

There’s nothing worse than convincing someone to donate and then making it hard for them to complete their donation. There’s a term for that: “Shooting oneself in one’s foot.” Ideally, you should be set up to receive donations in just a few clicks. How do you do that?

If you’re trying to collect information from supporters as part of the donation process, have them fill out a survey or complete additional fields after they donate, not before. In other words, eliminate all friction from the process.

Don’t forget to test your website donation set-up – and have other people test it too – to make sure the process is quick and smooth.

By now you hopefully understand the importance of visual storytelling for your organization. It’s kind of the defining element of your online work. The most basic approach is to zero-in on one narrative that is emblematic of your work – the story of one individual or one village, and tell that story.

Sob stories can work, but focus on positive outcomes. People want to know that their contribution makes a difference and is not just being tossed into a money pit of despair. Use powerful, personal photos or create a short 30-second video for YouTube that you can embed across your website and social media presence.

Another interesting campaign approach involves concocting a tangential project for people to rally around. 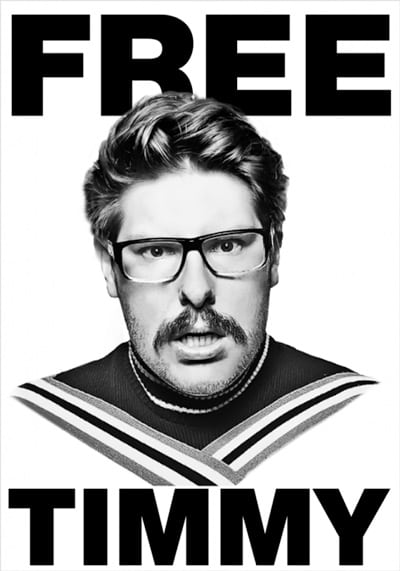 Timmy’s plight was streamed live via internet under the banner “Free Timmy.”  Contributors could “buy” Timmy different survival tools like food, pillows and blankets by donating to the campaign. This clever and fun gimmick engaged supporters in a staged situation only indirectly related to their cause. Again, a sense of cooperative effort and urgency (even as a joke) played a huge part in the campaign’s success.

Great campaigns involve more than just your organization asking your supporters for money. The energy around a campaign spreads when the supporters themselves have a voice, face or key role in bringing your message to life.

For example, Belgium’s Flemish League Against Cancer Stick Out Your Tongue campaign in which supporters were asked to post pictures of themselves sticking out their tongues in defiance of cancer. Instead of a highly centralized campaign, the league enlisted the larger community to participate through a simple attention-grabbing expression. 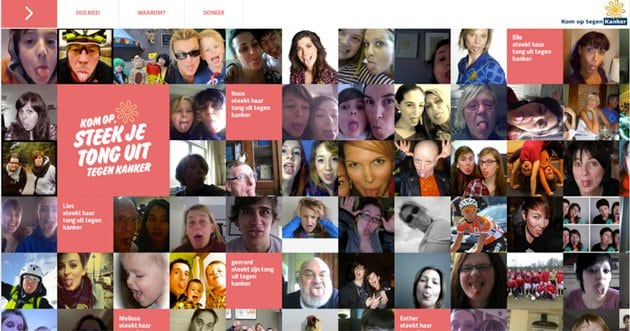 Think of your campaign as party of sorts, or a marathon push – lots of energy, hoopla and excitement for a short period of time. Stay focused! Most of your messaging across social media, your website, and email during the campaign period should relate to the campaign.

For example, devote all of your messaging during the campaign period to answering these questions:

• What difference will these funds make?
• Whose lives will be touched? (Use photos and powerful testimonies)
• How much have you raised and how far do you have to go?
• Which of your supporters are bringing in the most donors?
• Have you met marker goals ($x by the end of the first week)?
• What creative things are supporters doing to help you?

Don’t just quickly pack up shop after the campaign is over; provide some closure to your supporters. Let everyone know how you did. Did you exceed your goal? Congratulate everyone who participated! Did you fall short? Thank everyone effusively anyway, and launch a follow-up campaign in six months. Then continue to report on the impact of your supporters’ donations.

Save the Children Supporter Thank-You 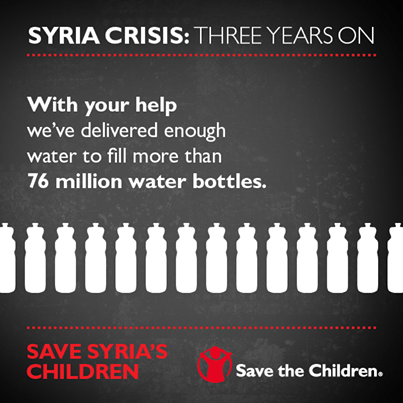 If you didn’t meet your goal, there’s a chance you were overly optimistic. Adjust your expectations next time around. Review all the best practices. What did you do well? Where were the weak spots in your campaign? Invest time in engaging your supporters and building loyalty through regular messaging about your organization’s impact and you’ll hit the ground running next time.

Now it’s time to do your own exploring! The Internet offers boundless possibilities for finding new ways to connect with an ever-expanding community. Find a brilliant online campaign and take notes. Here is one of our favorite examples: Charity:Water. Enjoy!