When it comes to raising money, people are still giving more offline than on. Not a big surprise – older donors give significantly more than younger generations, and they still prefer their old-timey fountain pens and paper checks.

Yet online fundraising as a proportion of overall revenue continues to increase, year after year. Mobile is vital, recurring monthly donations are gaining steam, and fundraising by email still yields about $40 for every 1,000 recipients. These trends are predictive and nonprofits should take note.

According to Blackbaud’s 2015 Charitable Giving Report, 93% of funds given to nonprofit organizations came from traditional means in 2015 – major gifts, annual funds, fundraising events, checks, snail mail and by phone. Only 7.1% of donations to nonprofits came in online.

This may look like peanuts, but current numbers aren’t the whole picture. We also have to look at what’s trending. 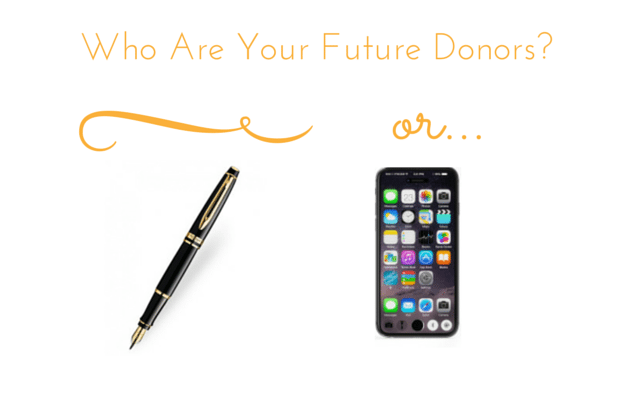 The question is: Who will be your future donors? Fountain-pen-toting, cursive-writing, check tearers? Or a new generation of leaders raised in the digital age?

Blackbaud's studies for the last four years have noted some interesting correlations and patterns:

Online giving is most prolific at the end of the year. Eggnog, twinkly lights, bonus checks, Giving Tuesday, and the closing fiscal year means a spike in generosity. 19% of 2015 online giving happened in December with Giving Tuesday as a major catalyst (Giving Tuesday donations increased 52% from 2014). Smart nonprofits capitalize on the December windfall with online gift catalogues to inspire donations. However, Blackbaud notes that this trend may be unstable as nonprofits continue to diversify the timing of their campaigns throughout the year.

Don’t lose sight of current affairs. Energy ebbs and flows around certain issues. Political rhythms will impact donations to civil rights organizations and an international disaster will lead to a surge in one-time donations to international relief organizations. (International affairs donations went through the roof in 2015 in response to the earthquake in Nepal) Surges and leveling follow need and the media spotlight.

Appeals directly from an organization are still most effective. Trusted and known institutions draw more respect than our Aunt Cathy’s latest obsession with ridding her neighborhood of invasive Russian knapweed or knitting sweaters for rescued lap dogs. Though peer-to-peer fundraising is worthwhile, it’s not where nonprofits are receiving most of their money:

Athletic events are still the most sure-fire, popular events. What could be better than helping others while simultaneously strutting your stuff? 5Ks, half-marathons and other events garner the most participant involvement in fundraising (Blackbaud says 75%).

What This Means for You

So what does this trend mean for your online giving strategy?

1. Use online communication to support your tried and true fundraising strategies. If you built your city on rock n’ roll, don’t suddenly go all electro-pop. In other words, don’t scrap what you know already works; enhance it through your online presence. Use YouTube to capture your pitch. Encourage people to spread the word about your events through social media. Convert as many of your supporters to email/social contacts as you can and save on mailings. But continue to communicate with your older supporters via the U.S. post and phone.

2.   Build your foundation for the future. This means identifying the right online platforms for your organization, and continuing to build and engage your community on these platforms. The loyalty and voice you cultivate lays the cornerstone for your fundraising campaigns.

3. Target millennials. Millennials belong to a powerful and dynamic generation. They can’t help it—they have youth on their side in an era of massive technological change. Millennials do care about causes and seek ways to make the world a better place. Those organizations that do a good job of engaging millennials early will see payoff over time as their income increases. Millennials tend to pounce on the next great idea in networking for social change, hence the rise in popularity of crowdfunding sites and social change sites like Razoo, JustGiving, and Kickstarter, along with Change.org and Care2.

4. Optimize your donation process for mobile. With 14% of online donations coming from mobile devices, Blackbaud has declared that we have now reached the mobile "tipping point." If your campaign page and donation process doesn't work well on mobile, you are very much shooting your org in the foot.

While old fundraising methods are still your bread and butter, online giving is your marmalade. With a whole generation of marmalade-o-philes on the rise, it's important to make sure your strategy is current, mobile-friendly and diverse. 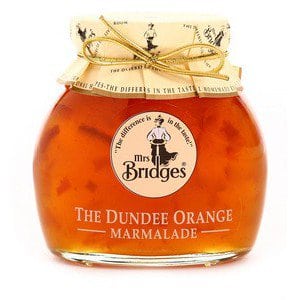 An integrated online/offline strategy is your best bet for keeping your nonprofit chubby and well-fed for a long time to come.

Ready to get started? See our tips on how to launch a successful online fundraising campaign. And brush up on your campaign creation skills too.